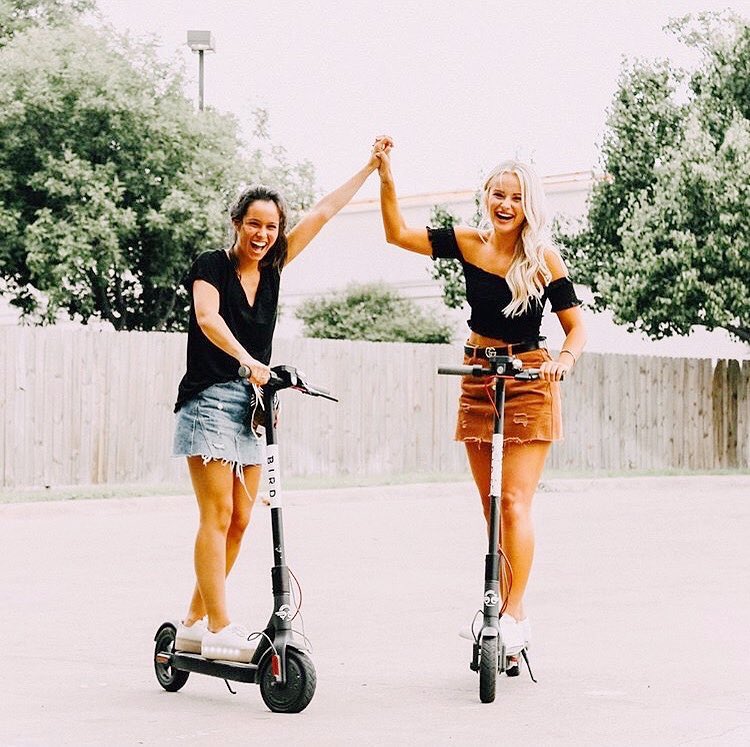 In our series on the global e-scooter ‘Invasion’ in the cities, we have already reported on the obstacles in Germany and the gold-digger mood of US suppliers. The mobility companies there are growing into the scooter and e-scooter market in these weeks. This happens either through cooperations, investments in e-scooter providers or by including this vehicle type in their own portfolio. The race for this lucrative, young customer segment is in full swing. A few examples of recent developments follow in this third part of the series.

What’s going on in the American market?

While UBER mostly unsuccessfully tried to assert itself in Europe against the local, matted taxi centres, in the USA they are already established after a few years. Despite the often uncharming and quite rigorous approach of former UBER boss Travis Kalanick. Since its successor CEO Dara Khosrowshah put down the cowboy style of his predecessor, one is again regarded as a brand.

Said Mobility giant UBER raised 5 million in a recent round of capital and invested part of it directly in the bike-sharing shooting star Lime in June. The plan is to put your logo on the Lime Rollers. Additionally Uber is operator and owner of the bike-sharing service JUMP. Approximately 200 million dollars were invested for this purpose at the beginning of 2018.

Expansion of the vehicle range

UBER therefore clearly focuses on the integration of bicycles and scooters, where possible also in electrified form as e-bikes or e-scooters. In June, both UBER and Lyft, the largest American competitor, applied to run electric scooter programs in San Francisco. However, the city’s municipal tourist office wants to limit itself to five operators in the city and has so far postponed the announcement of the permit. Both Mobility giants want to travel in San Francisco under their own license.

Lyft itself is preparing for the integration of these bikes into its Mobility App thanks to the acquisition of the bike sharing company Motivate. Motivate describes itself as the market leader in North America. To date, it has relied less on its own strong brand than on partnerships with local cities and providers. I myself used the bikes of the citibike brand in Vancouver almost daily during my visit this year.

Lyft has not yet announced when exactly the wheels and scooters will be integrated into the app. With the pressure in the market, however, it is very likely that it will happen soon. In a blog post Lyft himself writes: “Soon you will be able to get real-time transit information, plan a multi-modal journey and use Lyft bikes and scooters to connect to a local stop or a shared pickup location”. That’s a clear statement.

Currently 35 percent of Lyft journeys are shared, but the goal is to achieve approximately 50 percent shared journeys by 2020, said Joseph Okpaku, Vice President of Government Relations at TechCrunch last month. With scooters and bicycles offered via the app, Lyft ” wants to “bridge the first and last mile“.

The shooting star among the ‘newcomers’ in the market is Bird.

Under the leadership of venture capitalist Sequoia Kapital, Bird raised 0 million in late June and is now valued at an impressive [ billion. The Scooter Startup Bird, based in Venice, California, announced its expansion into Europe a few days ago. You are looking for a General Manager Europe as well as an assistant based in Amsterdam. According to TechCrunch, Bird has an executive on board who previously led the operation in Israel. Understanding how to operate the Bird platform in a country with a number of locations is very important for a successful start in Europe.

One of the so far somewhat quieter scooter start-ups in the USA is Spin. A seed round of just 8 million US dollars was launched. It was founded in 2016 in San Francisco with the aim of introducing so-called’dockless mobility systems’ in cities and on campus in the USA. The team has gained a lot of experience with various competitors such as Lyft, UBER & Co., the CEO and co-founder Derrik Ko, for example, was previously’Growth Product Manager’ at Lyft.

Spin’s latest financing round is interesting, as the start-up raised around 5 million via a block chain-based security token offering (STO). The idea behind this is to collect money from accredited investors who are then entitled to part of the proceeds from Spin’s e-scooter operation. Thus the tokens are linked to the proceeds at Spin, a kind of hedging for the use of this new crypto currency.

Here are the previous parts of our series on e-scooters on their way to German cities:

Part 1 – E-scooters on the way

More posts of our series “E-scooter”: 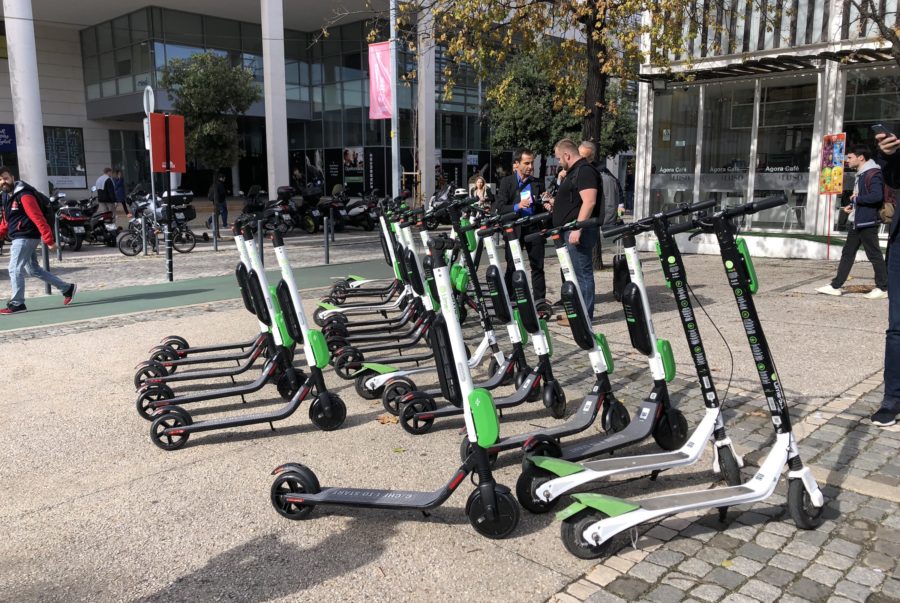 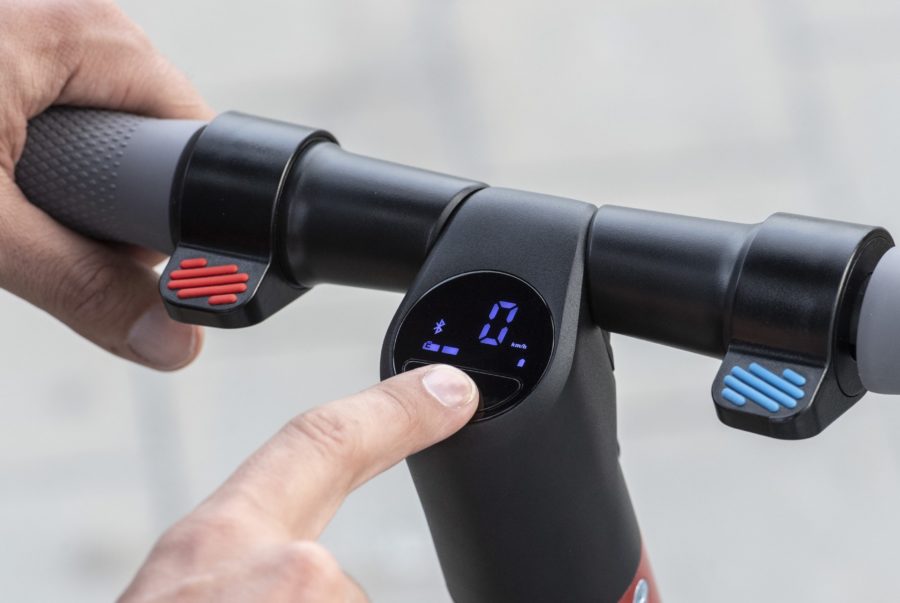 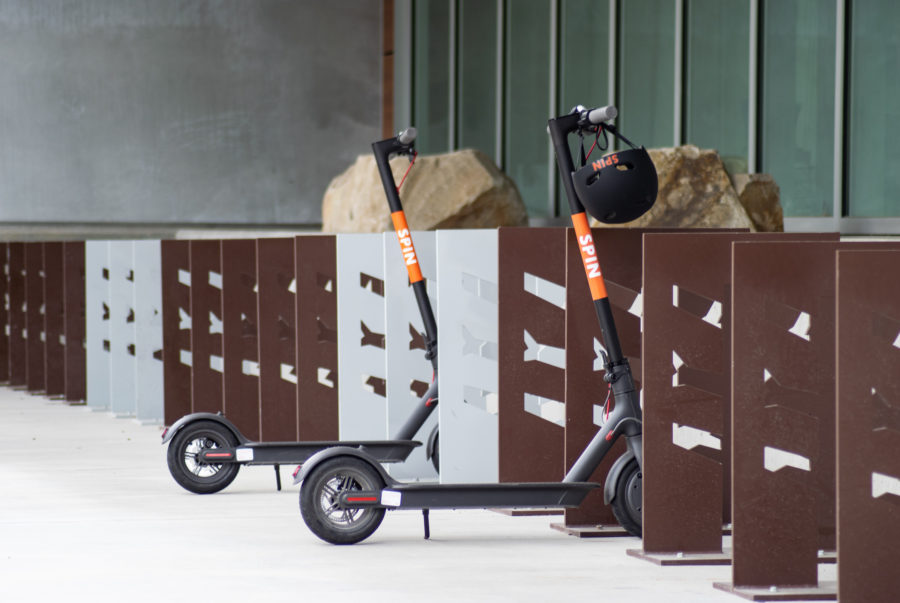 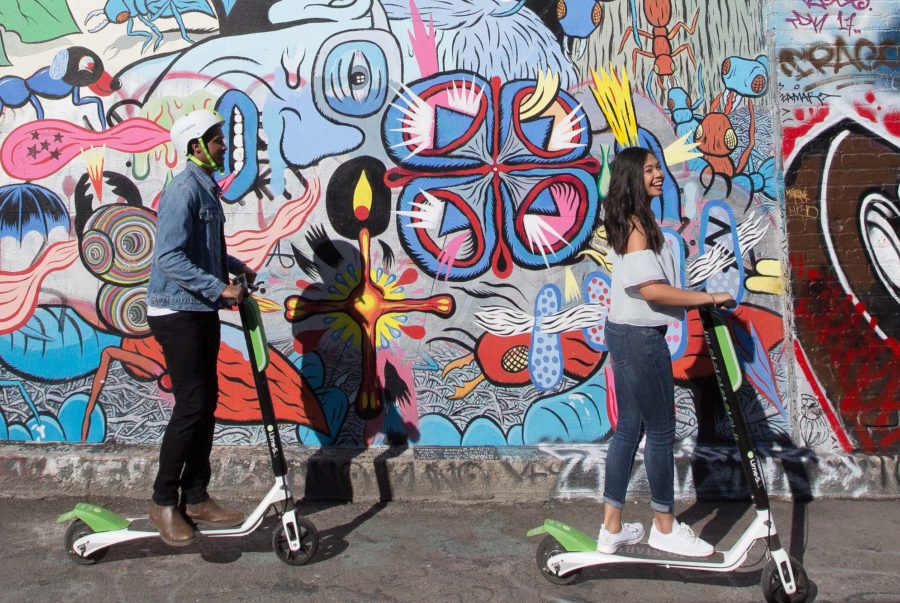 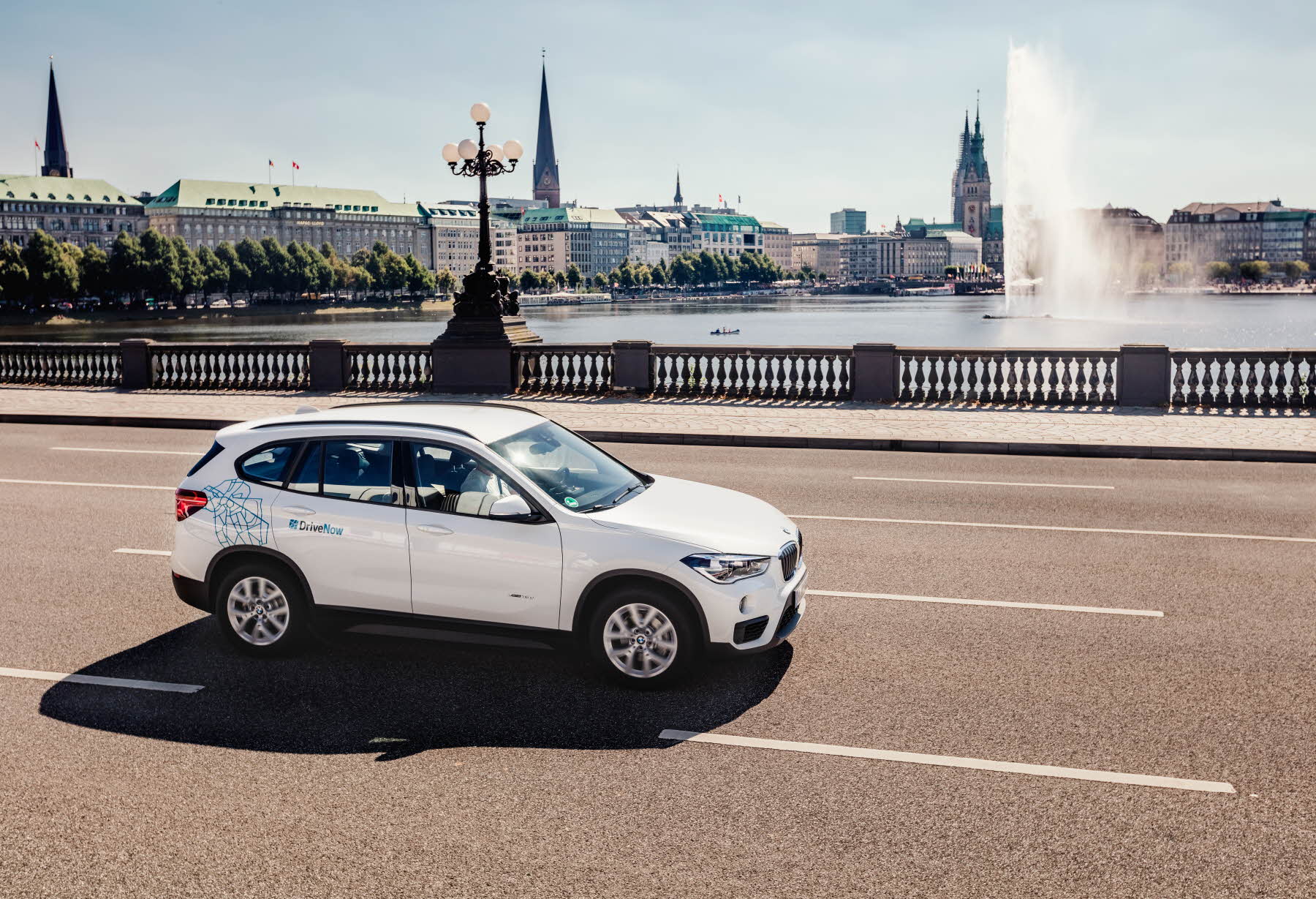 Hamburg is considered a pearl for car sharing in Germany 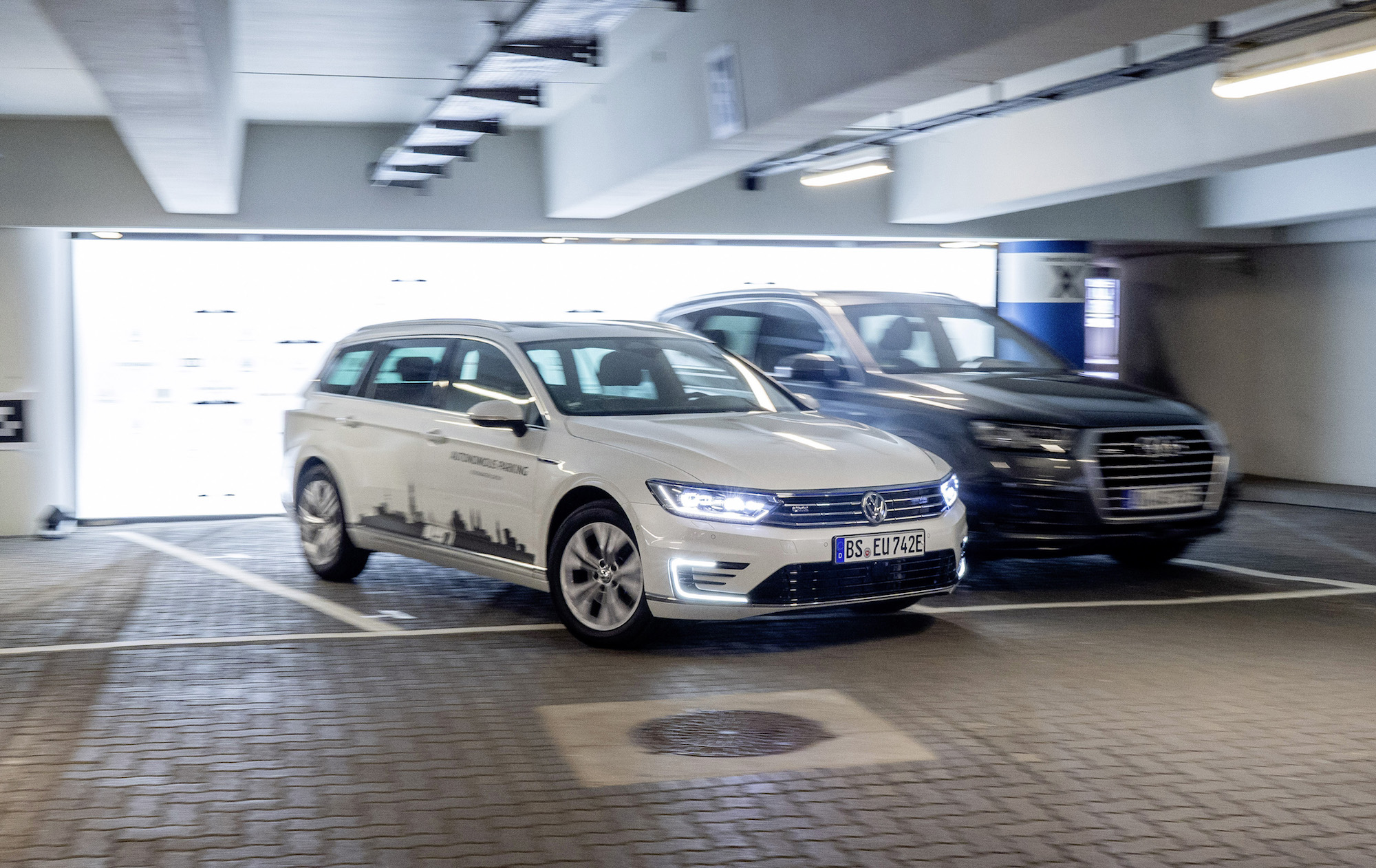 Autonomous parking with Volkswagen in Hamburg